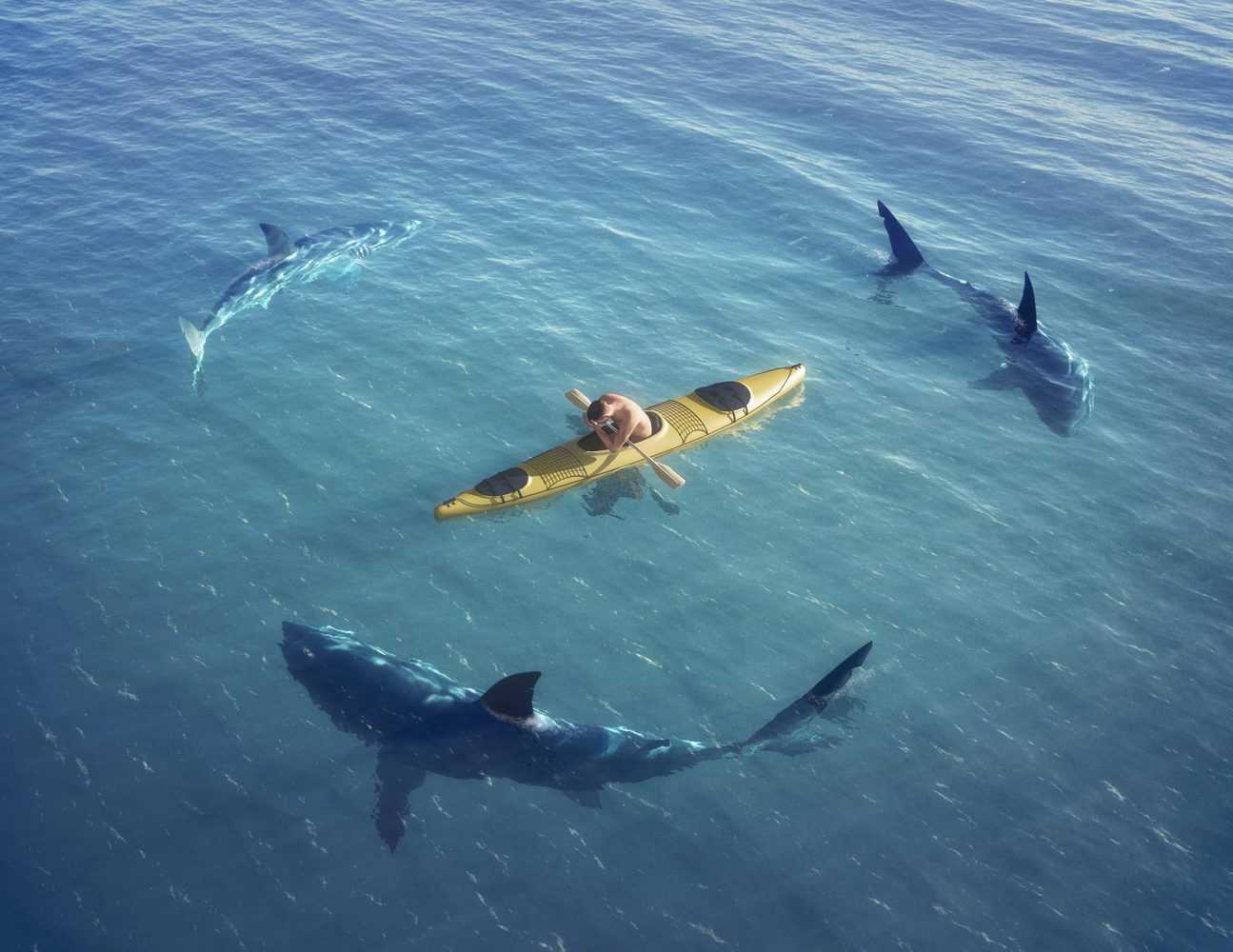 There are many people who dream of kayaking one day. However, being in the ocean may mean risking the chance of meeting a shark. And understandably, for most people, having a run-in with a shark is not ideal.

However, if you are someone who is interested in kayaking regardless, there are questions you might have before you venture into the water.

If you take an interest in learning more about the correlation between sharks and kayaks, keep reading.

Will Sharks Attack a Kayak?

In general, sharks are not as dangerous as the media makes them out to be, but there have been instances of shark attacks in the past.

As of 2020, only about 9% of shark attacks involve the use of a kayak. Most of the time, sharks are not likely to attack a kayak for no reason.

In this case, it is a little difficult to answer which color is most likely to attract a shark. It used to be believed that yellow was the color that sharks are most drawn to. However, it has since been proven that most sharks are colorblind.

Sharks are curious creatures, and so they are more likely to be drawn to things that catch their attention. It is likely that sharks are drawn to the color yellow because of how it contrasts with the water around the kayak.

The contrast of the color will probably draw the attention of sharks. At the same time, most light colors will have the same effect. The color of your kayak won’t make a huge difference, mostly because sharks are not necessarily drawn to color as they are to movement.

If you are someone who would rather not take the risk, either way, you can invest in a dark-colored kayak. A blue or a green-colored kayak may be your best bet, as the color will not have such a stark contrast to the surrounding water.

There have been several instances of Great White sharks attacking kayaks, but the location of where you are kayaking will impact the kind of sharks that you should be wary about.

For the most part, Great White sharks live in areas that are abundant in fish and other marine animals, as they are drawn to having plenty of prey. The western and northeastern shores of the US are home to many different types of fish, including Great White sharks.

Great White sharks also reside in southern Australian waters, as well as the northern Japan area. They can also be found in southern Africa and New Zealand.

How Big Is a Great White Shark?

The size of a Great White depends on the sex of the shark and the individual shark itself.

Occasionally, Great White sharks can reach up to 20 feet long and 5,000 pounds in weight. This is not a common occurrence, but the larger sharks of the ocean have been sparking rumors and myths for as long as humans have been around.

The largest shark to ever exist was the Megladon shark, though they are now extinct. Still, people claim to have seen a Megladon shark, and so there is a theory that at least one of these very large sharks is still swimming around today.

Most reports of a Megladon are just the rare sightings of a shark that is larger than normal, which can appear startlingly big. On the whole, you won’t have to worry about such large creatures.

Have There Been Any Shark Attacks in 2020

According to the website Tracking Sharks, there have been a total of 78 shark attacks as of December 16, 2020.

For the entire world, the year 2020 has been an eventful one, and the craziness has extended to the sharks. The number of shark attacks in 2020 is overall less than in 2019, where 101 shark attacks were reported.

The number of fatalities has risen, however, with a total of twelve fatalities as of December. In 2019, there were only 6 fatalities in total.

What to Do If a Shark Bumps You

Having any sort of interaction with a shark may be the last thing you will want to experience. But if you frequently spend time in the ocean, you are likely to encounter a shark in one way or another.

Sharks are nosy animals, and sometimes they will inspect what they see in the water. This can cause an uncomfortable and scary scenario.

If you are in a kayak when a shark bumps into you, it is most likely as a result of something on or attached to your kayak.

If a shark bumps you, you must remain calm. Even if the shark is from a distance, panicked behavior can cause a shark to be even more curious about you. And likewise, if a shark has bumped into you and you start to splash around, you increase your chances of a shark biting you.

Keep an Eye on Them

Sharks are known as ambush predators and are most likely to attack if their prey is not aware of their location. If you are kayaking and have been bumped by a shark, you’ll want to make sure you maintain eye contact with them at all times.

Looking away may give the shark the chance to strike if it’s in attack mode.

Bring Yourself to Shore

Once you have spotted a shark and have made eye contact with them, maintain the eye contact, and slowly paddle your way to shore.

Don’t paddle too fast, or you will cause splashing and other movements that may drive the shark to become more interested in you. If you have been fishing on your kayak at all, sharks are likely to be drawn to the activity and smell of fish swimming around.

The shark that is cruising along behind or beside you may also be attracted to the fish on your kayak, so it could be in your best favor to throw your catch to the sharks.

Because of the way that sharks hunt their prey, playing dead is not the best option when encountering an aggressive shark. Sharks will most likely not leave you alone if they think you are dead.

Using your paddle can be a good way to ward off an aggressive shark. There is also the rule of punching a shark in the nose. While this is a good rule of thumb, be careful what you attack a shark with.

If you hit a shark on the nose correctly, you can stun and ward off the attacking animal. But if you miss, you are exposed to the mouth of a shark, which often does not bode well.

Can a Shark Actually Knock You off a Boat or a Kayak?

While not a very common occurrence, it is possible for a shark to knock someone off of a boat or a kayak.

When sharks are hunting, they typically swim underneath their prey. This is true of other animals, as well as kayaks and boats. One of the ways that sharks attack their prey is by launching themselves upwards at high speed and force.

This powerful vertical attack is enough to turn over and capsize even larger boats and kayaks. If you are not tightly strapped into your water vehicle, you are likely to be knocked into the water as the kayak or boat is overturned.

When sharks overturn kayaks, however, they are likely to leave the passengers alone.

What Reasons Would a Great White Shark Have to Follow a Kayak or Even a Boat?

As it has been stated before, sharks are curious creatures.

Sharks are drawn to movement, as they hunt prey mainly with their sight. Sharks have also been living in the oceans for a lot longer than humans have been swimming or floating in the ocean. As a result, seeing a boat or a kayak in their home can cause sharks to become confused.

Because sharks are natural predators, they are much more likely to check out something that catches their eye. Their curiosity can end up with sharks following boats and kayaks for quite a while. And while sharks don’t necessarily mean any harm, it can be scary to spot a shark from wherever you may be.

Sharks lack hands and feet, so their only way to inspect something is through their mouth. A lot of the time, sharks don’t bite to kill, but instead, they bite to see what something feels like. Unfortunately for them, they have a hard time knowing how strong their bites are.

How Do You Unhook a Shark When in Your Kayak?

While fishing in the ocean, you sometimes run the risk of catching something you did not want to catch.

There are certain fishing-related situations in which you may need to unhook a shark from your fishing rod. In these instances, a shark most likely swallowed your hook on accident while exploring your area. Or, a fish was on your line, but a shark decided to get to the fish first. Regardless, having a shark on the other end of your fishing pole can be a tricky situation.

How you go about unhooking a shark can depend on how big the shark is. If you have caught a small shark, you can attempt to use a de-hooking tool if you have one. Oftentimes, the best way to unhook a shark is to cut the line and leave the hook in the shark’s mouth. The hook will eventually end up rusting.

Remember that most of the time, sharks do not intend to bring any fear or harm to people.

Were There Ever Shark Attacks on Touring/Sea Kayaks?

There have been instances of sharks attacking boats and kayaks meant for touring purposes.

Whenever there is commotion happening on the surface of the water, sharks are likely to be interested in what is happening. And the higher the number of people on a kayak, there is a higher chance of excessive splashing and moving.

However, boats and kayaks that are built for touring are likely to know where sharks are more prevalent in the water and will likely avoid those areas. Every now and then, an occurrence comes up where a shark takes an interest in a tourist-related event.

As of May 2020, 59 shark attacks out of a recorded 6,522 are related directly to kayaks. This makes up 9% of all kayak-related shark attack incidents. This statistic is low on the list of incidents in which a shark will attack a person.

A lot of the time, attacks from sharks are provoked by either a person or a group of people. Typically speaking, if you leave a shark alone, they will return the favor. 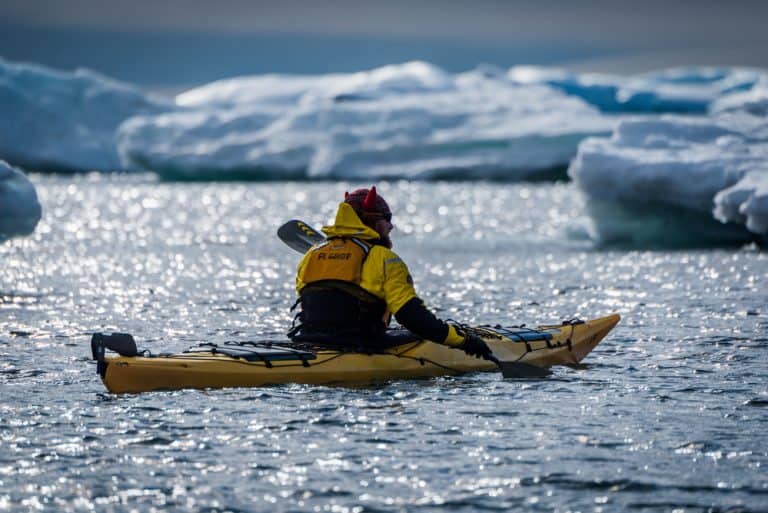 Looking for a spare kayak you can use for casual purposes? Maybe a friend convinced you to go kayaking, but you’re not ready to spend… 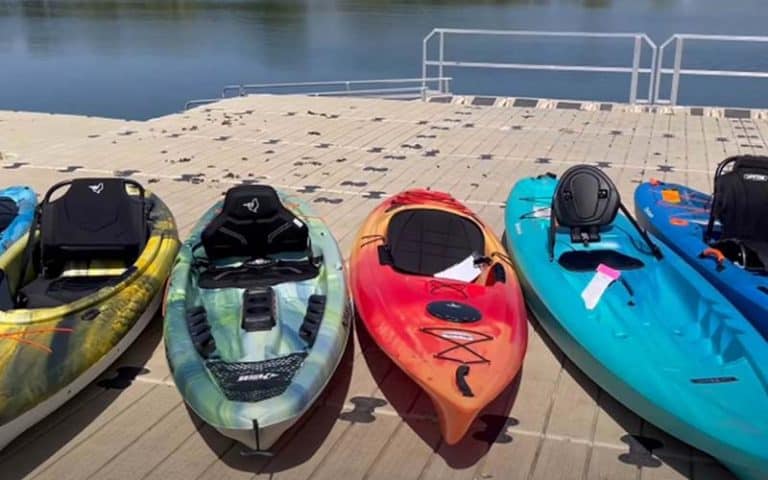 After testing the top 10 sit-on-top seats on the market, we have come to the conclusion that the Leader Accessories Deluxe Padded Kayak Seat is the one. Want to know why? 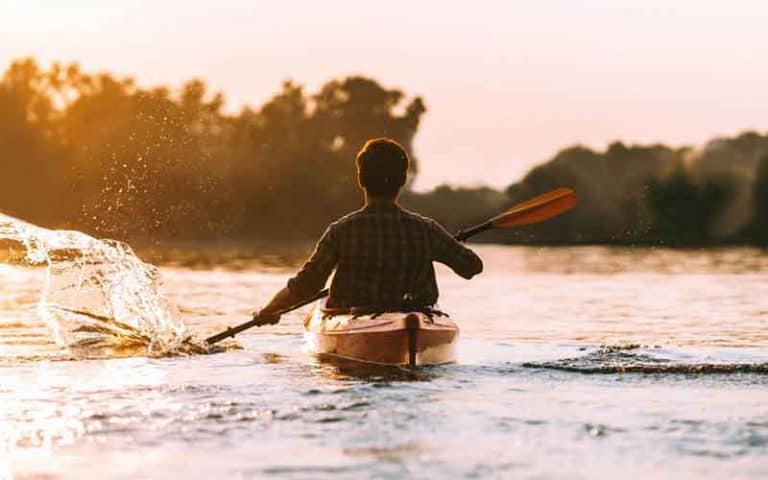 Before we go forward: No. Kayaking, when done right, does not lead to a back injury.
Now that that’s out of the way let’s talk about why you still get back pain when you go boating and what you need to do to help yourself. 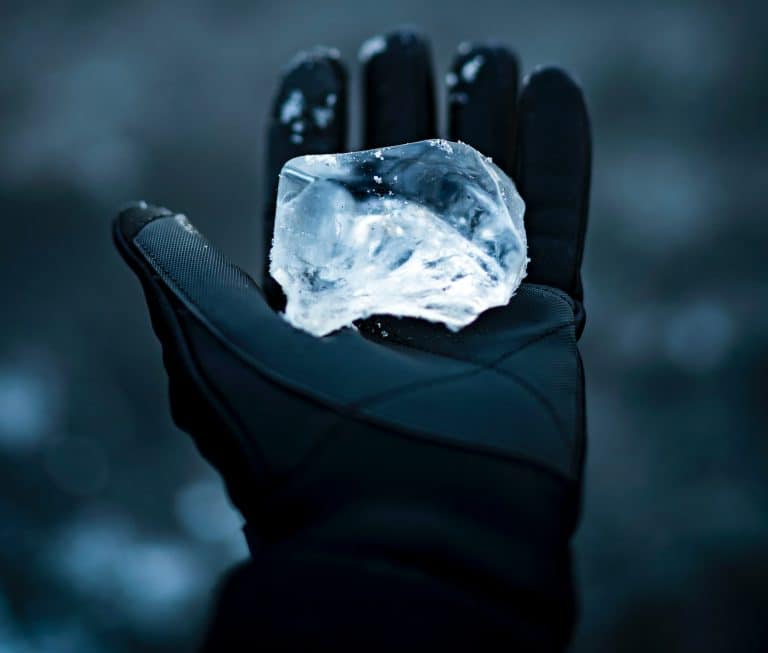 You search your first paddling gloves or want to replace the current ones. We found it relevant to write a few words for the best… 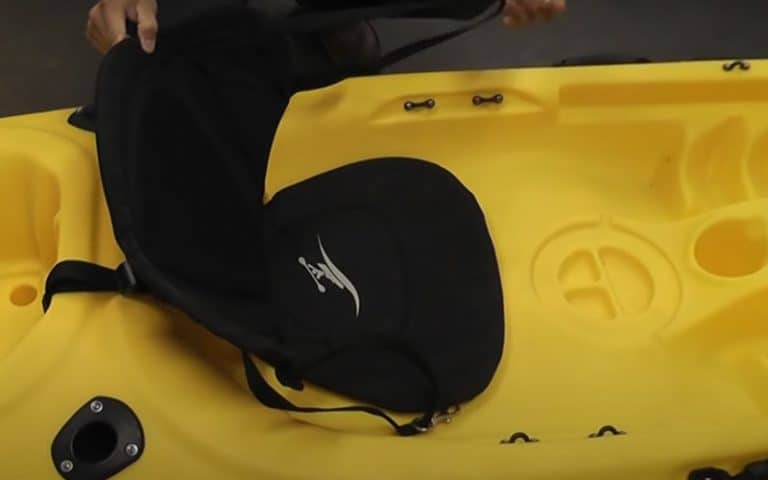 This is the Ultimate Review of the Ocean Kayak Comfort Plus Seat Back…
Our Top Pick always goes to products that excel in a particular area, even if they don’t perform as well in others.
In this case, the Ocean Kayak seat fits that bill, providing our most comfortable kayaking experience of any of the seats in its class. 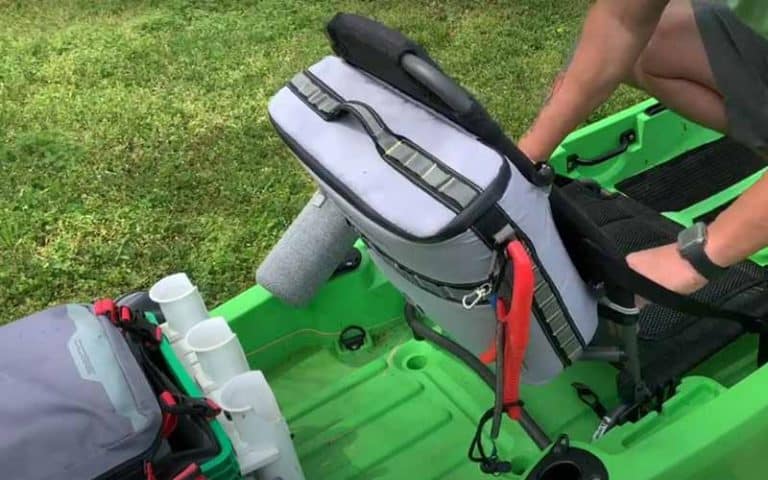 You can carry a cooler with you. Yes, on your kayak! Now that we’ve established that, we can talk about how to attach a kayak cooler to your boat – and not worry about it going overboard! 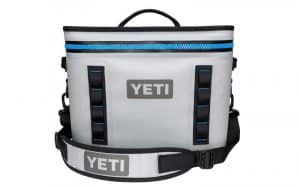 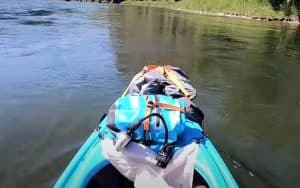 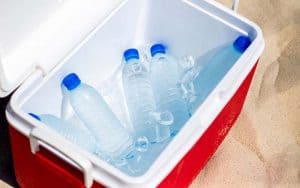 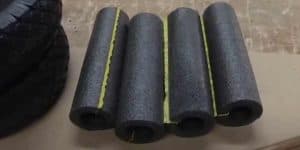 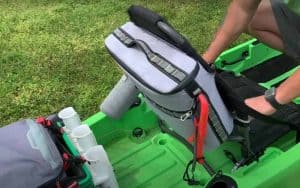